It seems even Al-Qaeda is not immune to World Cup hysteria. The international terror network issued the following demented statement, early in the pre-season:

"How beautiful would the game between England and the USA be when broadcast live from a stadium full of spectators - when the sound of an explosion rumbles through the stands. We will make these games the most memorable in the history of sport. The sounds of our celebrations will be heard the world over, and will be known throughout history amongst the hundreds and thousands attending the games, Allah willing."

Is it possible... could the group's real intention be a desire to throw the competition in favor of the 98% Muslim nation of Algeria? It isn't inconceivable that terrorists might be soccer fans, too. They are human. 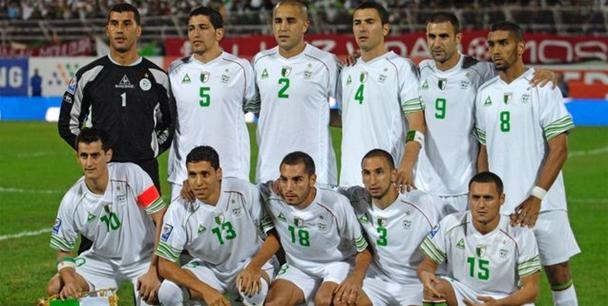 But the latest news reveals that Jhadis are banned from enjoying soccer. They have found a theological foundation for their unadulterated hatred of the sport. A formal fatwa was issued by the Minbar al-Tawhid w'al-Jihad (Pulpit of Monotheism and Jihad), forbidding all Muslims from indulging in World Cup fever.

Stadiums and bars are bursting with indecency.

Scantily clad female fans cheering in the grandstands; the blare of raucous music being played from the loudspeakers; the unruly consumption of alcohol. Essentially, an environment of all-out debauchery.

Since soccer players are compensated based on the number of goals they score, in the eyes of Islam, this translates to gambling: "The Prophet (may God bless him and grant him peace) said that money rewards in competitions are only allowed under three circumstances: Horse races, camel races and archery, because these are activities that are useful in war".

Soccer promotes loyalty to the sport teams rather than to God.

No diverting an ounce of piety to undue recreational activity: "These matches are invented by our enemies, and through the matches they seek to distract us from jihad towards them. They want to weaken the Islamic umma and make them waste their time on trivial things instead of religion."

So, I guess my initial suspicions are flat out wrong. (To their grave disappointment, Al-Qaeda does not qualify as a country, meaning they are, in fact, ineligible to field a team for the World Cup. Naturally, their ESPN-sports-style nemeses would be the Western giants mentioned above. So why not plant a bomb in hopes of swinging the odds in favor of the ONLY Islamic country in group C?)

IF such was the case, mission failed. U.S. beats Algeria in today's match. Here's a remix, spewing with American pride:

Hello
Al- Qaeda is not muslim. Quran(muslim`s holy book) says , if you kill any innocent people ,it means you killed the whole world.
Muslim can not be terrorist , a terrorist can not be a muslim. However are you tring to tell islam by telling these terrorists.
They are doing wrong. Its their fault. It is not islam.
How many muslim friends do u have. isnt it racism.
I am muslim and even i dont kill ant since God created them.
What is this article for? By the way i love usa.

It's just a news "article".