This may feel like a Nike ad (and I suppose technically it is an ad), but it's also a based-on-a-true-story-hollywood-motion-picture waiting to happen... 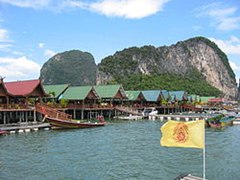 This inspiring short film is part of an ad campaign series called Make THE Difference for the TMB Bank,  but it's also a true story—here are the facts:

Back in 1986, a group of Thai kids were so inspired by the '86 FIFA World Cup, they decided to take up the sport.

But there was a serious problem—the kids lived on the Southern Thai island of Koh Panyee, a tiny fisherman village built on stilts with no room for soccer fields, let alone soil as used in the typical soccer field. So the kids built a floating soccer pitch from scraps of wood and fishing rafts, and are now one of the most successful youth soccer clubs in Southern Thailand. 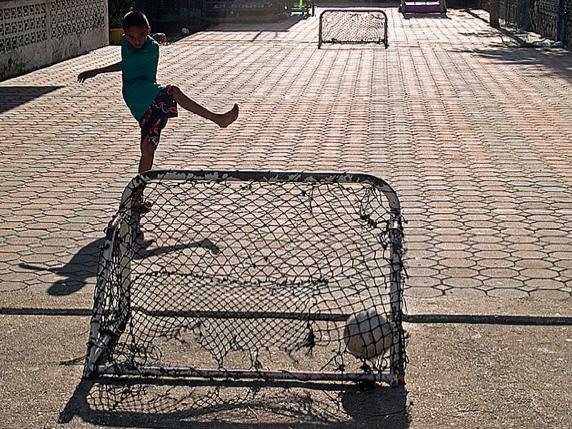 Such a great story.